In Memory of
David C.
Kessock
1946 - 2021
Click above to light a memorial candle.
Memorial Candle Tribute From
Giberson-Dorsey Funeral Home
"We are honored to provide this Book of Memories to the family."
View full message >>>
Send Flowers
Plant a Tree In Memory of Your Loved One
Click Here
Menu 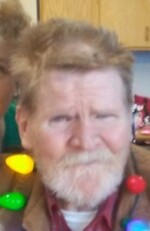 As a child of a United States Air Force airman, David lived in various locations growing up, and graduated from high school in Tachikawa, Japan. David served in the Massachusetts National Guard and worked for a period of time as a car salesman until a tragic auto accident changed his life dramatically. He was married to Marie F. Gordon and relocated to Limestone where he attended the Limestone Assembly of God.

In addition to his parents, David was predeceased by his wife Marie on May 5, 2017. He is survived by one brother and sister-in-law, Michael Jr. and Sharine Kessock of Brewer; and their children Travis Kessock and Kimberly Lester, both of Massachusetts. David leaves behind four stepchildren and their spouses, Rev. Robert Jr. and Mary Amuzzini of Limestone, Marie “Ree” and Bill Ferrans of Shelby Township, MI, Roberta “Bobbi” and Rev. William Farina of Clinton Township, MI, Maria and Gerry Racine of Hernando, FL; numerous step grandchildren and step great grandchildren.

A graveside service will be conducted Saturday, September 11, 2021 at 1:00 p.m. at the Advent Cemetery, Grand Falls Road, Limestone with the Rev. Robert Amuzzini officiating. Those who wish may contribute in memory of Mr. Kessock to the Presque Isle Nursing Home Memorial Fund, 162 Academy Street, Presque Isle, Maine 04769. Arrangements have been entrusted to the Giberson-Dorsey Funeral Home and Cremation Service, 144 Main Street, Fort Fairfield. Online condolences may be expressed at www.gibersondorseyfuneralhome.com