Obituary for Oran A. Rasmussen 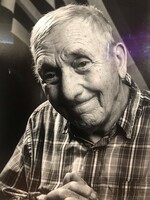 Oran attended New Denmark schools and was a combat veteran of the United States Army, serving in France and Germany from November 8, 1943 to April 30, 1946 with the 103rd Infantry, 409th Battalion. He was the recipient of the Army of Occupation Medal, the Victory Medal, the European African Middle Eastern Theater Campaign Ribbon, and the Bronze Star for heroic service. He was married to Leona Marie McKenney on February 15, 1948. Oran was a member of the VFW Crusader Post No. 1946, Naugatuck, CT and the VFW Paul Lockhart Post No. 6187, Fort Fairfield. While residing in Connecticut, Oran had been employed as a tool setter with Scovil Manufacturing Company, Waterbury, CT for a number of years. After returning to Maine, Oran embraced the Aroostook County lifestyle and surrounded himself with life’s simple pleasures, such as country walks, car rides, or a visit from family or friends. He was a clever mechanic and could truly repair or re-purpose anything.

A memorial service will be conducted a later date at the Giberson-Dorsey Funeral Home and Cremation Service, 144 Main Street, Fort Fairfield. Interment with military honors will follow at the St. Denis Catholic Cemetery, Fort Fairfield. Those who wish may contribute in memory of Oran to the Maine Veterans Home, 163 Van Buren Road, Caribou, Maine 04736. Online condolences may be expressed at www.gibersondorseyfuneralhome.com .