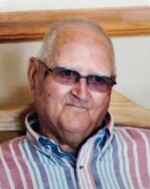 Limestone – George O’Bar, Jr., 77, husband of the late Jeanine A. (Gendreau) O’Bar, passed away unexpectedly Thursday morning, December 31, 2020 at Houlton nursing facility. He was born May 20, 1943 in Limestone, the son of George Sr. and Leona M. (Michaud) O’Bar.

He was a graduate of the Limestone High School, Class of 1962 and was married to Jeanine A. Gendreau on April 20, 1963. George was a lifelong, dedicated communicant of the Parish of the Precious Blood, St. Louis Catholic Church, Limestone, where he served as alter server, Eucharistic minister, and sang in the choir for many years. He was a forth degree member of the Limestone Knights of Columbus, Council No. 2851, where her served as past Grand Knight, past Faithful Navigator, Financial Secretary, and served one year on the State Council as Youth Director. He also served as Sexton of the St. Louis Catholic Parish Cemetery for many years. He had been employed by Grant’s Dairy as a home delivery driver, and worked doing construction at Loring Air Force Base. George owned and operated the Caribou Carwash for many years, and later worked for L.B. Carter, later R.H. Foster running gas stations in Presque Isle and Houlton.

Due to the current Covid-19 restrictions on gatherings, calling hours will be private. Graveside services will be conducted in the spring at the St. Louis Catholic Cemetery, Limestone. In lieu of flowers, those who wish may contribute in memory of Mr. O’Bar to the St. Jude’s Children’s Research Hospital, 501 St. Jude Place, Memphis, TN 38105. Arrangements have been entrusted to the Giberson-Dorsey Funeral Home and Cremation Service, 144 Main Street, Fort Fairfield. Online condolences may be expressed at www.gibersondorseyfuneralhome.com .