Memorial Candle Tribute From
Giberson-Dorsey Funeral Home
"We are honored to provide this Book of Memories to the family."
View full message >>>
In Memory of
Donald C.
"Donnie"
Dorsey
1944 - 2021
Menu
Send Flowers
Plant a Tree In Memory of Your Loved One
Click Here 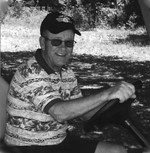 Donald was born on September 7, 1944 in Fort Fairfield to parents Clarence Dorsey of Fort Fairfield and Charlotte (Miller) Dorsey of Caribou. He entered the United States Army in 1962 and went to Fort Bragg, NC 82nd Airborne, Vietnam from 1965-1966 and Air Traffic Control in 1975, Flight School in Fort Rocker, AL from 1978-1979. He Spent 23 years in the United States Army. He moved to Leesburg, FL and accepted a position as a Helicopter Pilot for Life Net of Leesburg where he worked for more than 8 years flying Emergency Medical helicopters. He also flew in Bangor for the Life Flight of Maine from 96-99. Donald was a great family man and a loving father. He married Linda Higgins Dorsey in Fort Fairfield on September 9, 1966, and the couple had one son, Wayne D. Dorsey together. Donald enjoyed flying, golf, and traveling. His family and friends will always remember him as a fun, loving person and so helpful to many.

In addition to his parents, Donnie was predeceased by one son, Wayne Dorsey; one sister, Gail Dorsey LaPointe.

Interment will take place at Riverside Cemetery, Fort Fairfield at a later date. Online condolences may be expressed at www.gibersondorseyfuneralhome.com .