In Memory of
Dale A.
Butler
1951 - 2021
Click above to light a memorial candle.
Memorial Candle Tribute From
Giberson-Dorsey Funeral Home
"We are honored to provide this Book of Memories to the family."
View full message >>>
Send Flowers
Plant a Tree In Memory of Your Loved One
Click Here
Menu

Obituary for Dale A. Butler 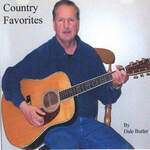 He was a graduate of the Fort Fairfield High School, Class of 1969. Dale was a talented, self taught guitarist who began playing at the age of twelve, and continued to do so throughout his life. He was lead guitarist in several area musical groups including the Roger Lilly Band, the Paul Clayton Band and played with Clarence Deveau as well as many others. As a young man, Dale worked for area farmers and became employed by Vahlsing Enterprises, Easton, later becoming McCain Foods, where Dale enjoyed a lengthy career spanning over thirty-five years. Dale received several McCain’s Employee of the Month Awards and also was recognized as Employee of the Year in 2006. He was a past member of the Presque Isle Elks Lodge and loved fishing, however his greatest love was reserved for his grandchildren and great grandchild. Dale was married to the love of his life Elizabeth M. St. Peter on April 11, 1969.

A service to celebrate Dale’s life will be conducted Saturday September 11, 2021 at 10:00 a.m. at the Giberson-Dorsey Funeral Home and Cremation Service, 144 Main Street, Fort Fairfield. Interment will follow at the Riverside Cemetery, Fort Fairfield. Those who wish may contribute in Dale’s memory to the Aroostook House of Comfort, P.O. Box 867, Presque Isle, Maine 04769. Envelopes will be available at the funeral home. Online condolences may be expressed at www.gibersondorseyfuneralhome.com .