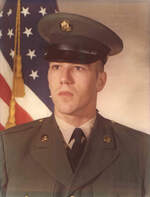 Fort Fairfield & Caribou – James G. DeMerchant, 62, passed away Friday, August 20, 2021, at his Fort Fairfield home due to an extended illness. He was born November 5, 1958 in Caribou, the son of Oscar E. and Frances E. (Ginn) DeMerchant.

James was a graduate of the Caribou High School and served his country with the Maine National Guard. He was an avid sportsman, who loved to hunt and fish. His favorite part was sharing the love of the outdoors with his children. He was married to Judy Levesque on May 19, 1984.

In keeping with James’ wishes, there will be no services. Those who wish may contribute in memory of Mr. DeMerchant to the Special Olympics of Maine at www.speicalolympics.org . Arrangements have been entrusted to the Giberson-Dorsey Funeral Home and Cremation Service, 144 Main Street, Fort Fairfield. Online condolences may be expressed at www.gibersondorseyfuneralhome.com .