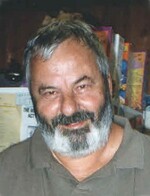 Limestone, Maine - Phil Howard (January 18, 1945- July 20, 2021) was a man who possessed such extraordinary knowledge. You could bring any item to him and he knew how it ticked. He would tinker and investigate till he found the problem and he would fix it. He not only did this with objects, but he also possessed such powerful words of comfort and persuasion. He counseled anyone who crossed his path. Each person walked on with gifts of insight, resilience, and comfort to move forward. He knew the power of words and the inner workings of the mind. He was a humble man surrounded by those who loved him dearly and coveted his presence and insight.

The wealth of knowledge and skills he taught to those around him are unprecedented. One of the most treasured lessons was that “you can’t search for happiness, you have to make a choice that it’s what you want and you will be happy. The mind is a powerful thing. As simple as that sounds, it’s true and once you realize that it gives you power over your life and freedom.”

Phil was born January 18, 1945 in Reading, England. He graduated from Sullivan High School in 1962 and followed in his father’s footsteps by enlisting in the United States Air Force. In 1971 he graduated from the University of Maine in Presque Isle with a B.A. degree in English and a minor in geology. After 20 years of service he retired as a Master Sergeant. In 1984 he served as the Director of Limestone Development Foundation. He was a lifetime member of the Vietnam Veterans of America Chapter 478 and was an advocate for veterans all over the nation.

Phil married Theresa Cote, May 14, 1977, she was the love of his life and spent 44 years devoted to her. He leaves behind five beautiful children Justine Kurtz (Jeff) of Wesley Chapel, Florida, Stacy Fraps (Bill), Indianapolis, Indiana, Stephanie Howard, Limestone, Maine, Jessica Knapp (Michael), Caribou, Maine, and Philip Howard II, Fairfield, Maine. A sister Myra Wilkey (Tim), Terre Haute, Indiana. Ten grandchildren, three great grandchildren, nephews, nieces and many other relatives and friends. He was an avid bird watcher. He loved nature, geology and had a green-thumb like no other. He loved getting lost in a book and would read up to 30 books a month.

He was proceeded in death by his mother Gwendolyn Howard and father Thomas J. Howard. Aunts Madeline Howard and Mary Ann Howard.

Friends may call Sunday, July 25, 2021 from 4:00 to 6:00 p.m. at Giberson-Dorsey Funeral Home and Cremation Service, 144 Main Street, Fort Fairfield, Maine. A graveside service will take place at a later date at the St. Louis Catholic Cemetery, Limestone. In lieu of flowers those who wish may contribute in memory of Phil to the Robert A. Frost Memorial Library, 43 Main Street, Limestone, Maine 04750. Online condolences may be expressed at www.gibersondorseyfuneralhome.com .