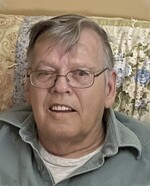 He attended Presque Isle schools and was married to Lona Bell on February 13, 1965. Donald had been employed by Tater Meal, Presque Isle and also worked for twenty-five years at McCain Foods in Easton, retiring in 2016.

In addition to his parents, Donald was predeceased by two sons, Michael and David Cyr. He is survived by his wife of fifty-six years, Lona Cyr of Fort Fairfield; one son and daughter-in-law, Daniel and Sue Cyr of Presque Isle; two brothers, Richard Cyr and his wife Roberta, Ivan Cyr Jr., all of Presque Isle; two sisters and brothers-in-law, Robertine and Steve Reed of Spring, Texas, Brenda and Dave Hanson of Milford; four grandchildren, Kyle Cyr of Presque Isle, Lucas Cyr and his husband Josh of Washburn, Ryan Cyr of Sheridan, Erica Cyr of Caribou; two great grandchildren, David of Ashland, and Eliza of Caribou; special friends, Ron Doughty, Wayne Pendexter, and Kendall Baily; several nieces and nephews. Donald also leaves behind a special pet, Smokey.

The Cyr family would like to extend special thanks to Professional Home Nurses, (especially Pam Conklin); Hospice Nurse, Jenny; and family members, Lucas, Josh, Cathy, Kyle and Ivan for the wonderful care and support provided to Donald during the past three years.

In keeping with Donald's wishes, there will be no services. Interment will take place at Fairmount Cemetery. Those who wish may contribute in memory of Mr. Cyr to the Central Aroostook Humane Society, 24, Cross Street, Presque Isle, Maine 04769. Arrangements have been entrusted to the Giberson-Dorsey Funeral Home and Cremation Service, 144 Main Street, Fort Fairfield. Online condolences may be expressed at www.gibersondorseyfuneralhome.com .